“Red or Green?” A question heard so often in our home state of New Mexico they made it the official state question with an answer as personal as a coffee order to any Seattleite. Anthony Bourdain says he’s Green all the way when he visits the land of enchantment in season two of Parts Unknown. 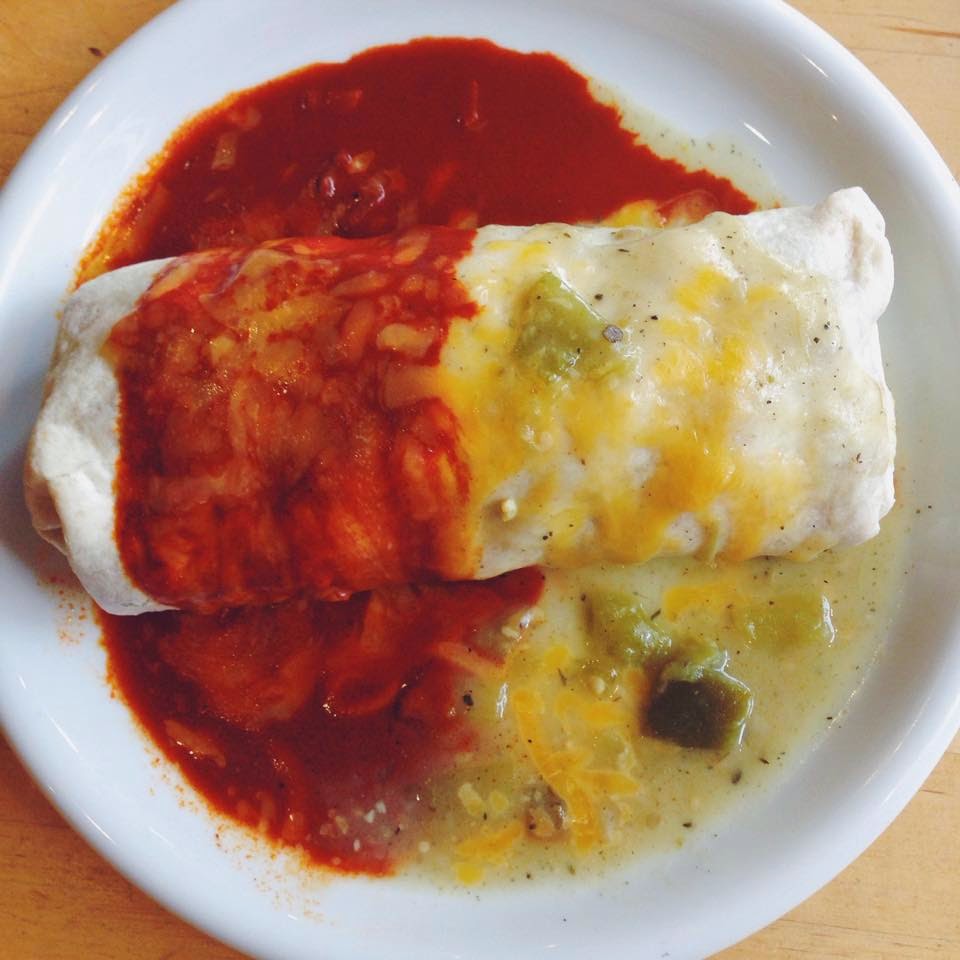 At Bang Bang Café we offer both Red and Green Chile (or sauce, as they call it back home). If you've never been to New Mexico, chile is for eating on it's own or for smothering your favorite breakfast burrito with warm goodness. Christmas Style (or x-mas) is half red and half green, a
tradition anyone from the 505 will be familiar with but there are as many ways to go about it as there are people in New Mexico. Yuki loves red chile now, but as a child she was green all the way, which according to the Sodos sisters, is usually how it goes. Miki likes to smother her burrito in red, but dips each bite in green (or modified x-mas style). 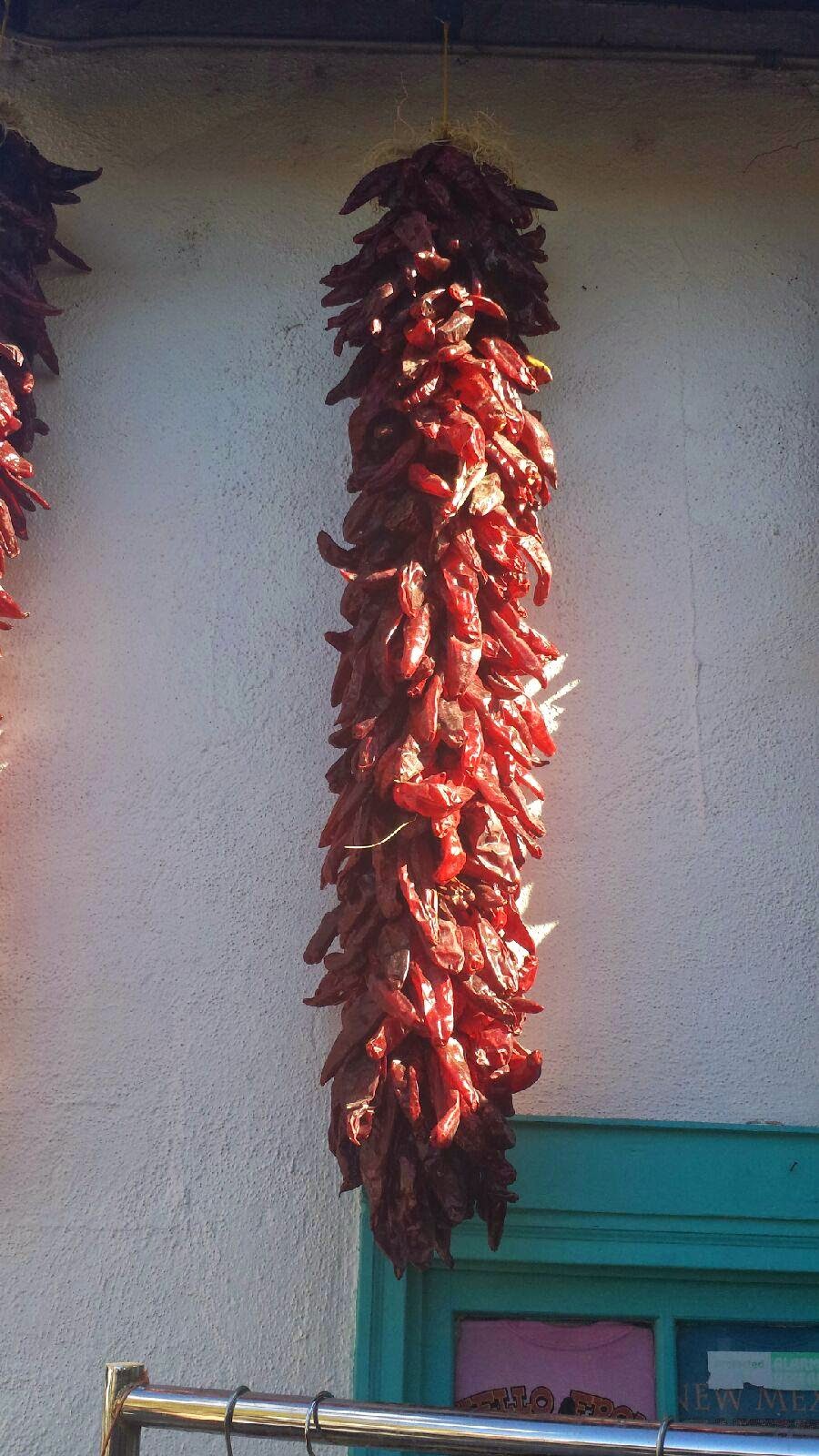 To make proper New Mexico Style Chile you need one crucial ingredient: Hatch Chiles (that’s right, grown in Hatch, New Mexico). While our chile is vegan, chile is traditionally made with pork. When we first opened our café in 2009, we knew if chile was going to be on the menu we had to do it right. Red and green chile are both made from the same pepper (a member of the genus Capsicum) simply picked at a different time in the plant’s development.

Interestingly enough the cultivated Hatch Chile is not a natural crop to North America, though there are native wild varieties. Legend has it that Christopher Columbus (master of discovering things that have already been discovered) encountered the chile pepper when he got lost and “found” the West Indies, aka the Caribbean. Columbus returned to Spain with the spicy foreign fruit, where the chile pepper was then cultivated by monks as a replacement for peppercorns. It was not until 1609 that the cultivated chile pepper found it’s way to New Mexico, brought by Santa Fe founder Captain General Juan de Onate.

There are many varieties of chile peppers grown in New Mexico, but the Hatch Chile is where it’s at when you're making proper sauce (red or green). Created in 1907 by Fabian Garcia, the Hatch Chile is a hybrid of Chile Negro, Chile Colorado and Chile Pasilla.  While it is possible to purchase so-called “Hatch Chiles” grown elsewhere, as true New Mexicans, we wouldn’t dream of it. 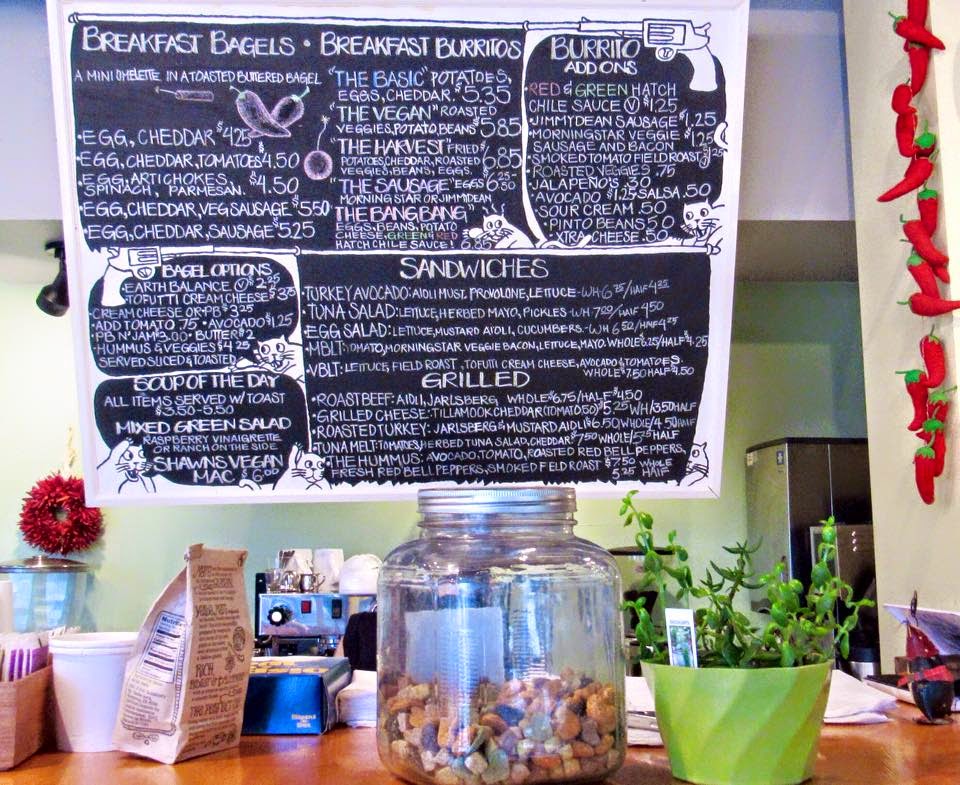 We won't reveal our source in procuring proper Hatch Chiles straight from New Mexico, but we are proud to serve the dish as it was prepared for us in our hometown. We are committed to getting our chiles from New Mexico because we love our old community just as much as the new one we've found in Seattle.

Next time you come by for a breakfast burrito really savor that chile (it's had a long journey) and see if you can taste the New Mexico difference.

International chiles may be less expensive, but when they’re from Hatch they taste like home.